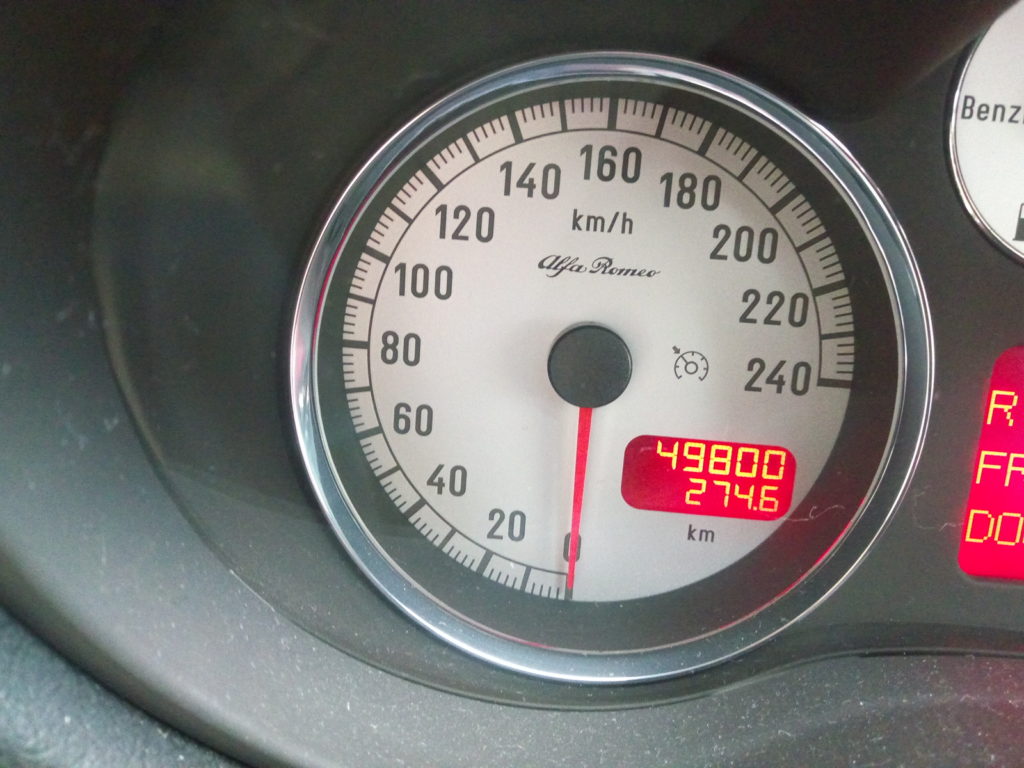 Owner of the Alfa Romeo 147, ‘When I operated the power window on the passenger seat side, the glass window stopped at an angle, so I hastily supported the glass with my hand and returned it to the original position.’

If the elevator is operated forcibly, a part of the lifting device called a regulator may be damaged, and the window glass may not move at all, so it seems that the damage was minimized by daily preparation and appropriate measures.

The driver side also made a strange noise when operating the power window, so I took it without touching the switch.

Let me check the current status. 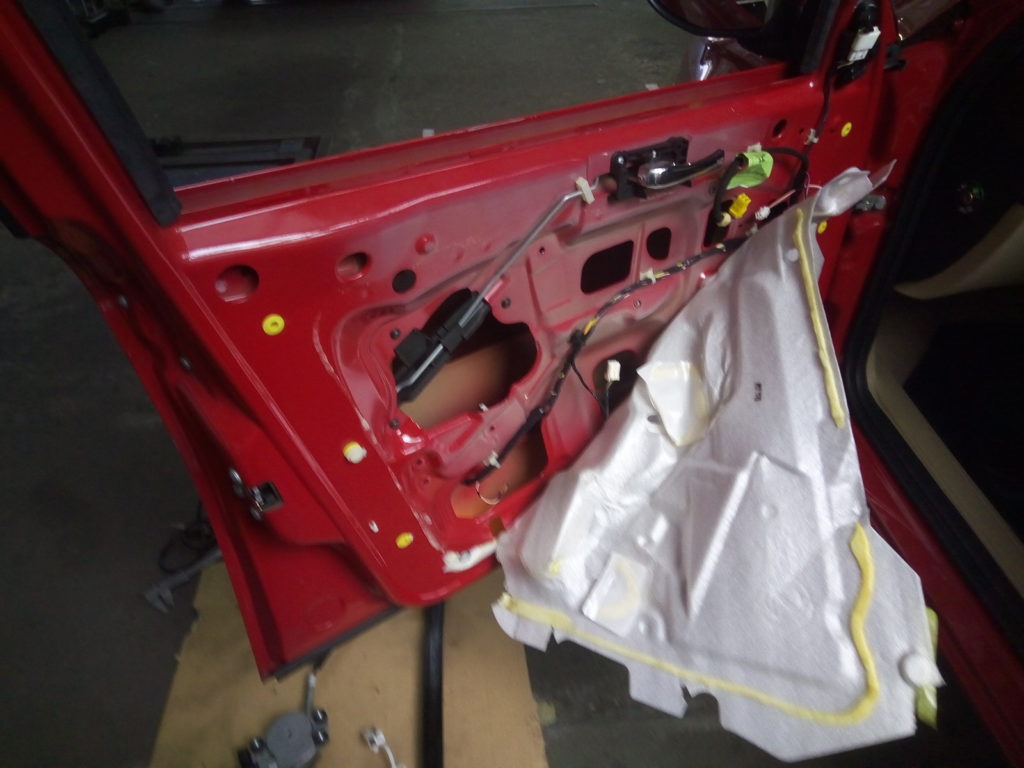 When the door trim (lining) is removed, the expanded polystyrene sheet (Polystyrene paper, PSP) is glued together. Since PSP is delicate, I carefully remove the adhesive part with a cutter knife, but this time it seems to be the second work, and there was a trace of the previous work.

If a car is 10 years old and has a mileage of less than 50,000 kilometers and the power window breaks 2 times, it is too weak.

Some imported car owners even say that power window parts are regularly replaced.

Like many japanese cars, a sturdy regulator with a pantograph metal plate hardly breaks down, but a wire type that moves heavy windowpanes up and down with just a small piece of resin looks unreliable. 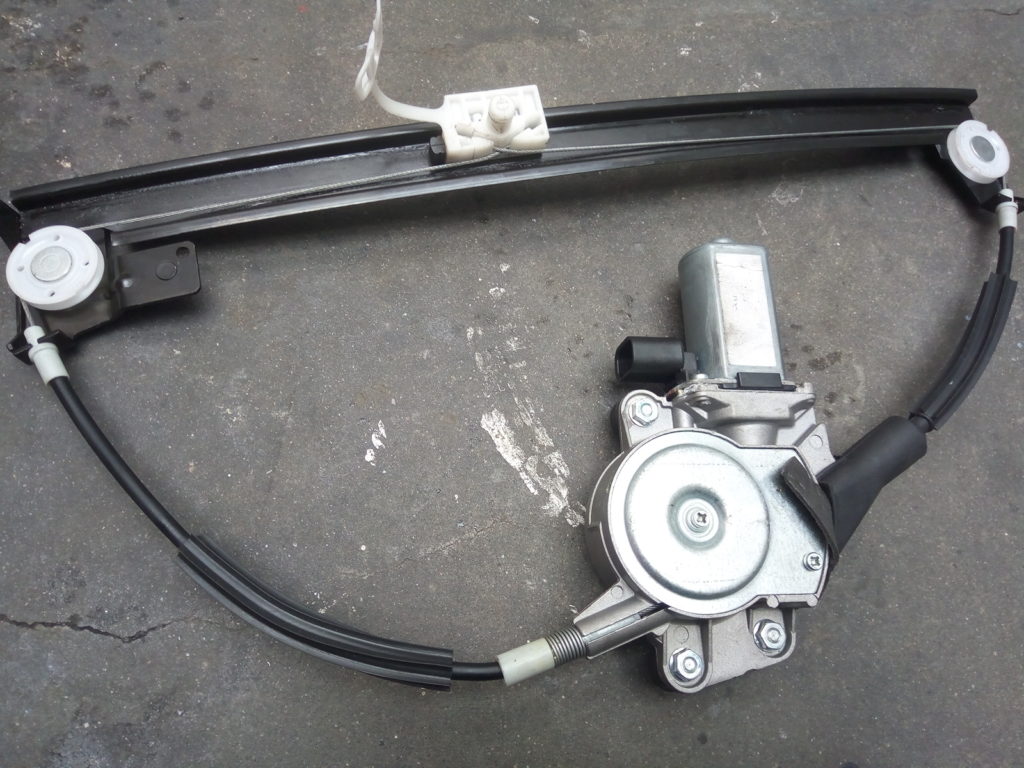 The malfunction this time was caused by damage to some of the resin parts that move up and down. 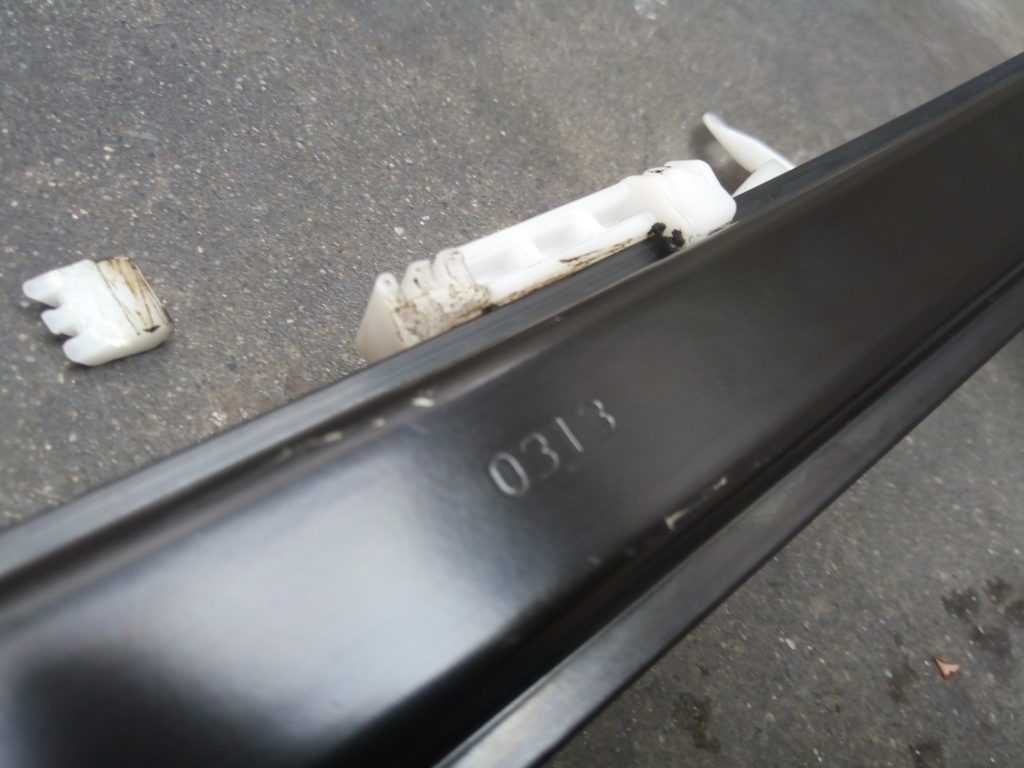 With this much damage, a regular repair will replace the regulator ASSY including the motor, and the price is so expensive.As a result of talking about the unreliableness of genuine parts and consulting with the owner, this time we decided to use the regulator of aftermarket products.The price of the parts is less than 1/3 of the genuine. 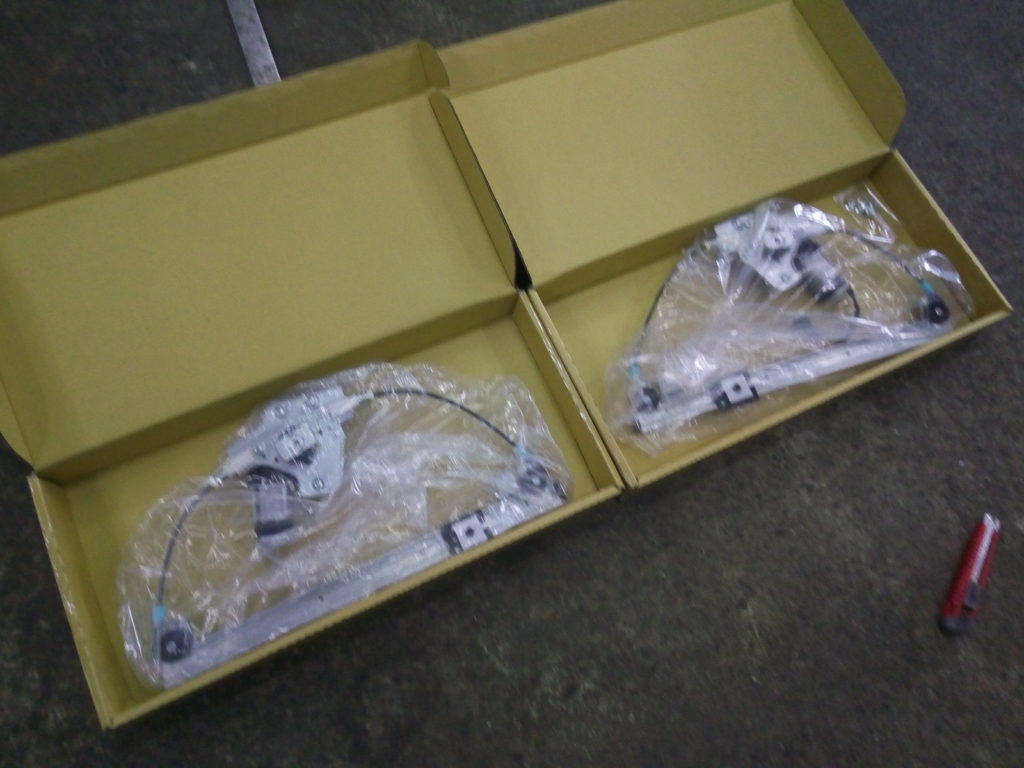 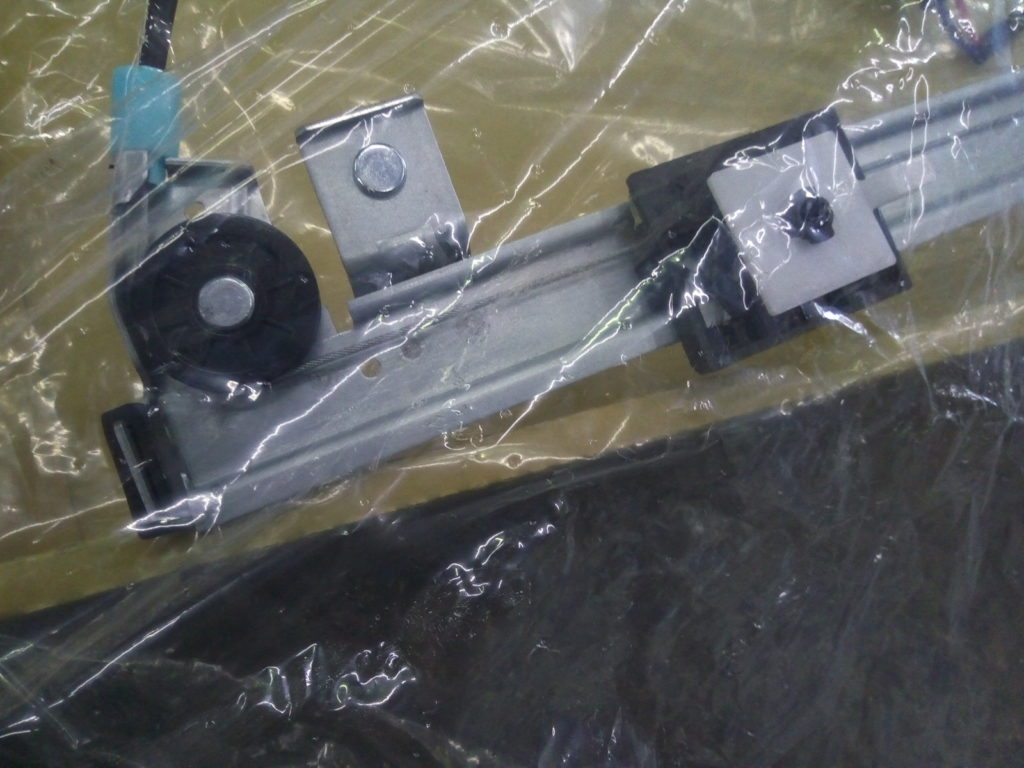 The shape of the resin part that had a problem seems to have been devised a little, so you should expect it to be more durable.

On the other hand, I considered replacing the resin parts only. 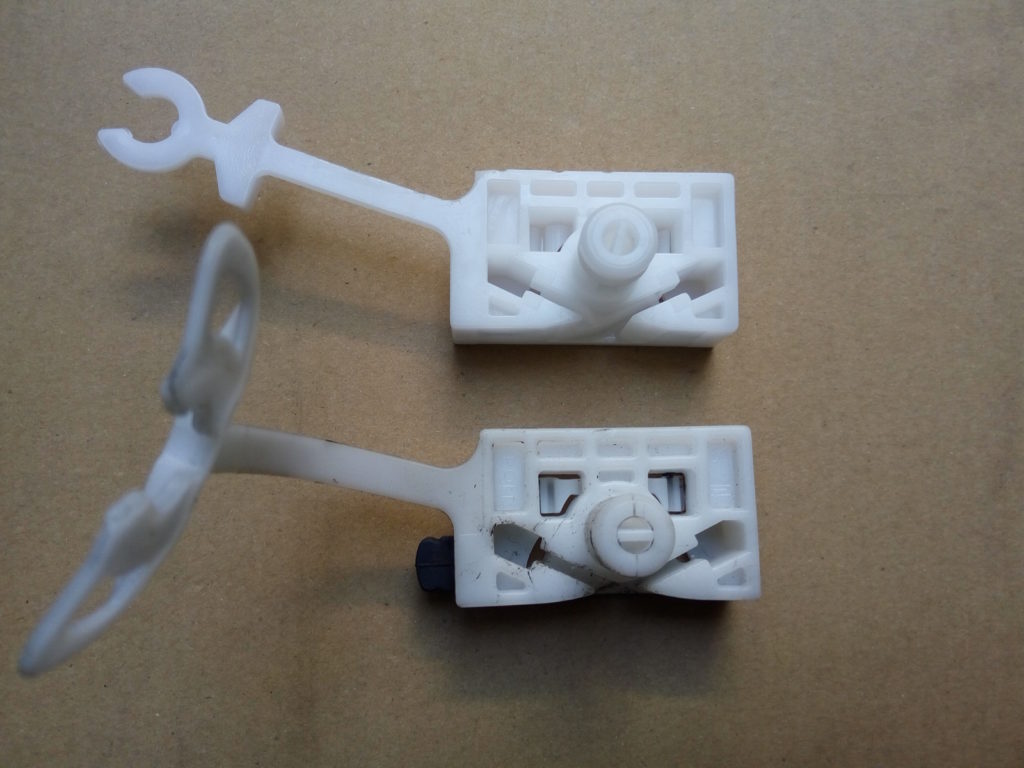 The upper part of the image is a resin part ordered from an Eastern European company. When I search the world on ebay, there are some corresponding parts for sale. Above all, I arranged the one which looks good. 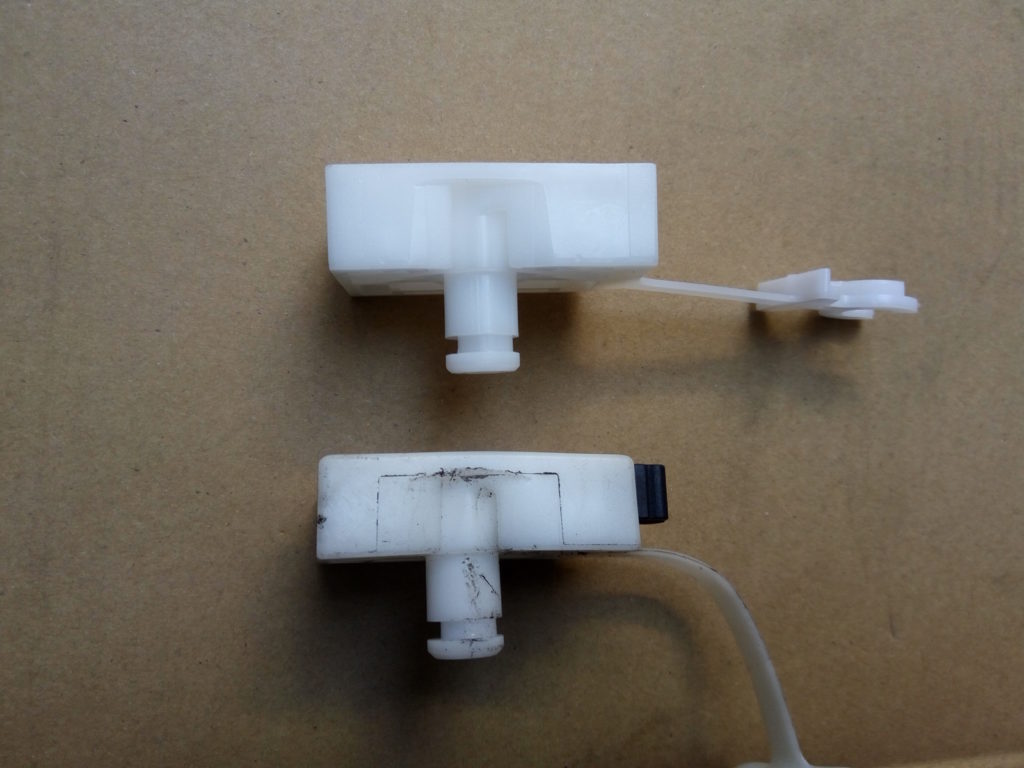 There seems to be no problem with the size and material. There is also a place to attach the cushion rubber when the door glass is at the bottom. 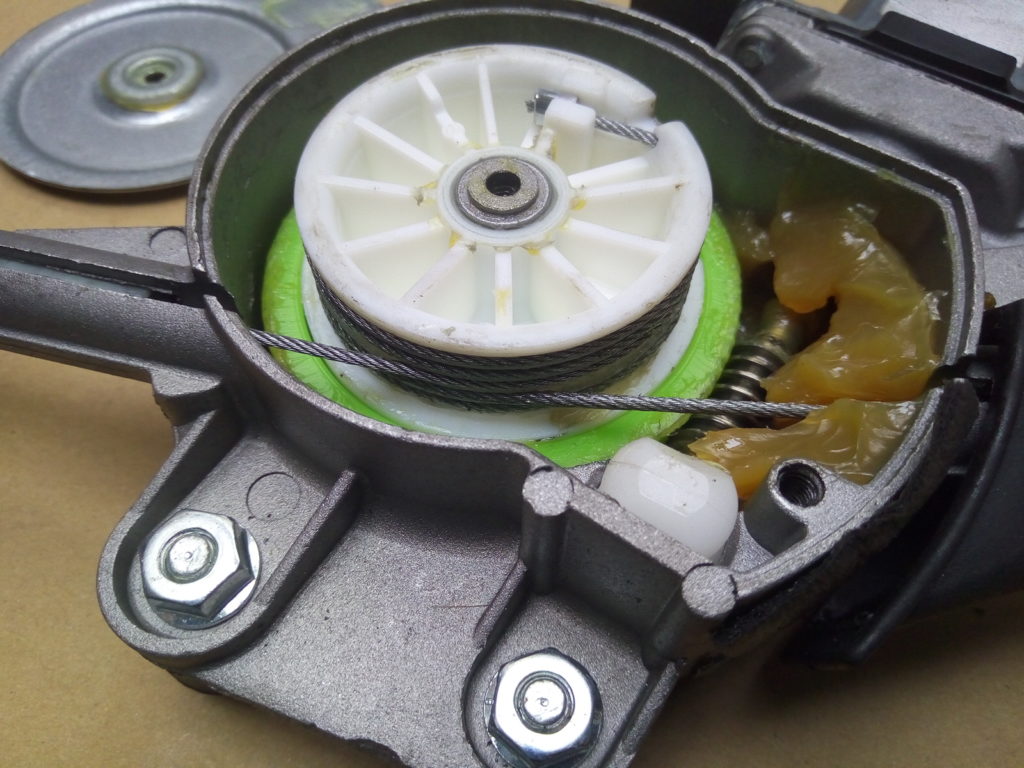 Now, a wire-type regulator with a seemingly simple structure. Disassembly and assembly was not easy until I got used to it.

The wire wound evenly on the motor reel is unwound at once when the tension is released.

It is very difficult to handle with two hands, so I make a jig by welding claws to angle member, and carefully assemble new resin parts with each part fixed. If you try to forcibly install it, you might damage the repair parts. 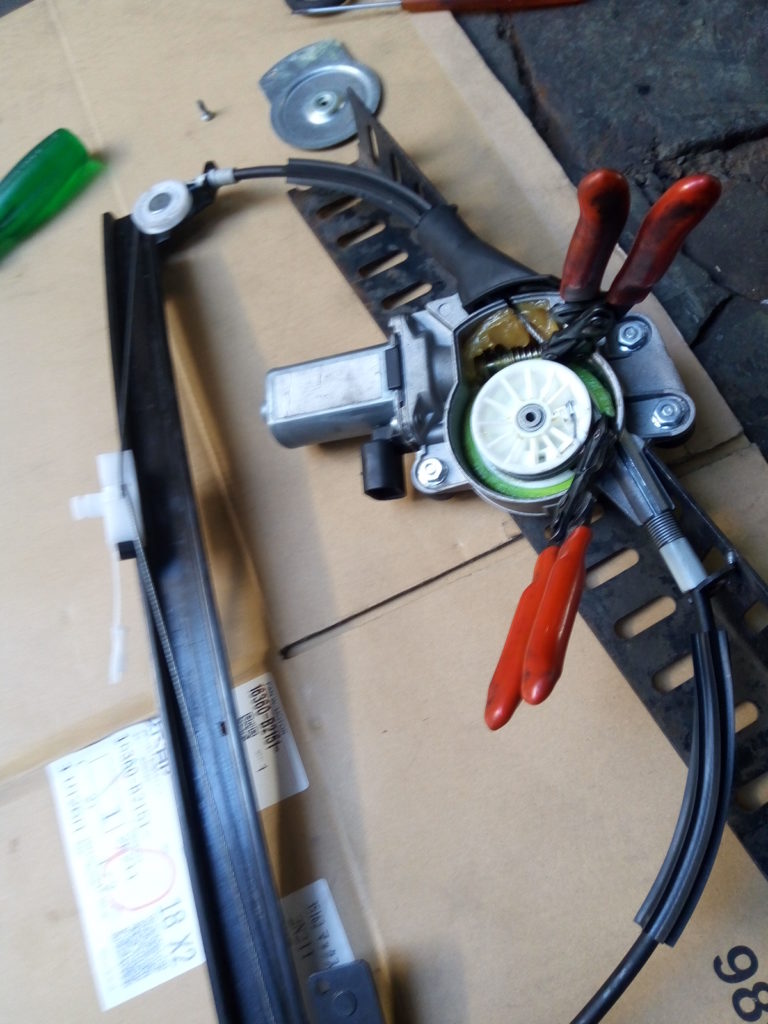 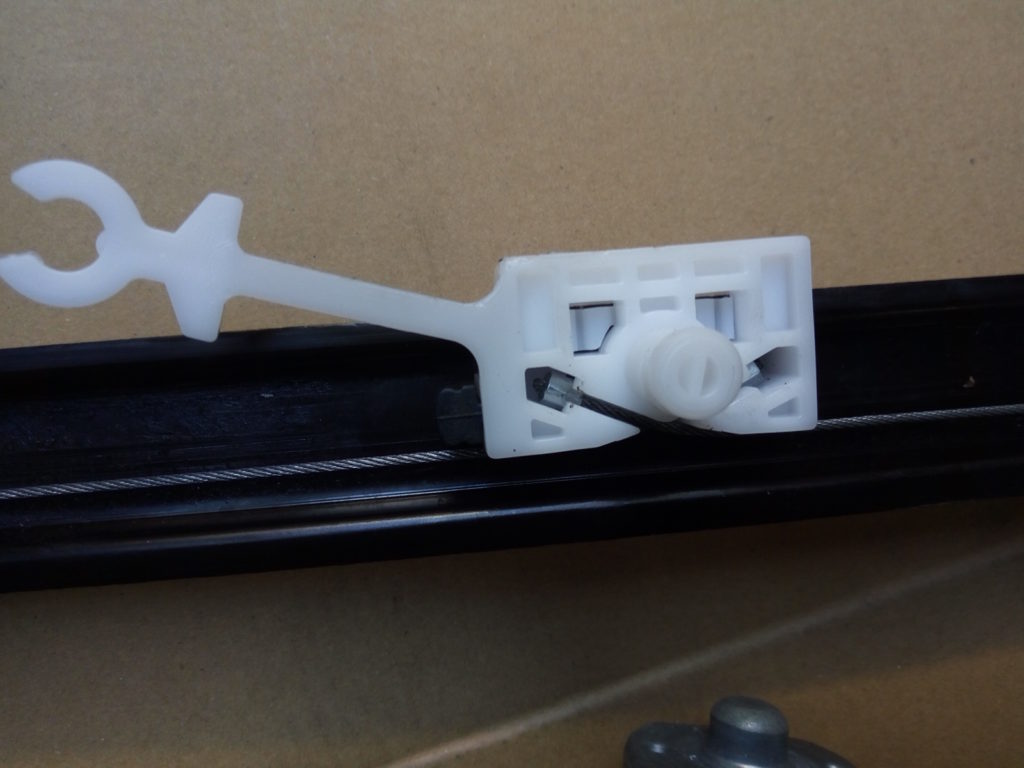 This time I was able to reuse both the motor and the wire, so I was able to complete the rebuilt ASSY without any problems. In addition, the supplier in Eastern Europe seems to prepare the repair parts for the wire.