You are here: Home / Archives for Japanese Cars 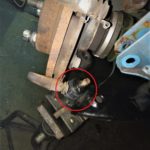 Customers who used to ride in Alfa Romeo say that Daihatsu Esse is very enjoyable after replacing the shock absorber with KYB NewSR. MY2007 DBA-L235S KF-VE 4AT Mileage 102,000km Reference article: Driving comfort of light weight car (Daihatsu Esse DBA-L235S Ride comfort improvement shock absorber replacement) The ride comfort of the car does not have to be soft and … END_OF_DOCUMENT_TOKEN_TO_BE_REPLACED 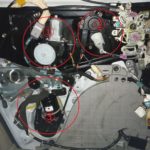 Toyota's compact car raum has a power sliding door. Owner opens and closes the power door many times a day.This time, I kept it in the trouble of the power sliding door on the left side of the vehicle. It is a trouble that it stops as if it is caught in something when it tries to open it from a closed state. But, I can open and close the sliding door manually or by … END_OF_DOCUMENT_TOKEN_TO_BE_REPLACED 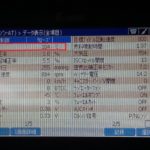 Suzuki Alto's engine coolant change is specified for each vehicle inspection(every two years). MY2004 CBA-HA24S K6A 3AT Mileage 22,000km With the radiator cap removed, the engine stopped in a hurry as it boiled and coolant sprang out vigorously while working to remove the coolant air and check the cooling fan operation. The engine is started by connecting the … END_OF_DOCUMENT_TOKEN_TO_BE_REPLACED 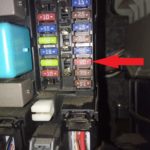 While driving, it gradually fell into the engine malfunction, and it finally stalled.I took Daihatsu Move, which was no longer restartable. MY2007 DBA-L175S KF-VE 4AT Mileage 127,000km The starter motor turns vigorously, but the fuel pump does not sound working.The fuel hose also seemed to be weak in elasticity and not to be sent fuel.In addition, the diagnostics of the … END_OF_DOCUMENT_TOKEN_TO_BE_REPLACED 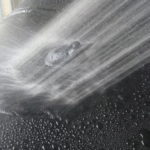 It is a consultation of the rain leak which is rare in a japanese car. I'm always indebted to you. Today, when I was about to start Lapin in the morning, I felt a few drops of splashes on my face that seemed to be coming from the vicinity of the indoor room lamp. It seems that water entered the ceiling lining due to the influence of yesterday's rain. There is … END_OF_DOCUMENT_TOKEN_TO_BE_REPLACED 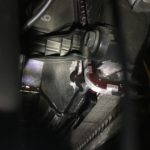 Coolant leak. Especially at the turn of the season, there are many troubles in the car. When Daihatsu Esse customers came to the store with an engine oil change, they felt a slight coolant smell in the hood.The source of the smell was a white hair-like streak that entered the engine side of the radiator upper tank, a horizontal letter about 5 cm long. MY2007 DBA-L235S … END_OF_DOCUMENT_TOKEN_TO_BE_REPLACED 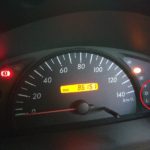 The trouble of the electrical system is frequent in the intense heat of every day. One of them, it was quite good condition until the day before, but i was informed that it was sudden engine trouble. Subaru R2 MY2004 CBA-RC1 EN07 CVT Mileage 86,000km It is said that the engine warning light was turned on on on the go, and it was self-propelled to the home … END_OF_DOCUMENT_TOKEN_TO_BE_REPLACED 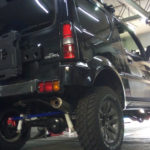 Unlike Escudo(Grand Vitara), I think rigid axle jimny(Samurai) is easy to lift up. And, I kept jimny and remodeling kit from the requester of the desired lift-up. "Reference article"Merits and Demerits of Lift up (CBA-TD54W Suzuki Escudo(Grand Vitara) 2.5" Lift-Up) Certainly, in the case of the jimny of the front and rear rigid axle, there is no … END_OF_DOCUMENT_TOKEN_TO_BE_REPLACED 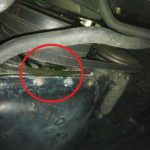 I received e-mail from a customer who takes good care of Nissan TERRANO for the first time in about two years. In July 2017, thank you for replacing three auxiliary belts and LLC. Today, when I found an oil stain about 10 cm in diameter on the ground at the time of issue, I found an oil leak from the suction hose of the power steering. I'm ashamed to say that I've … END_OF_DOCUMENT_TOKEN_TO_BE_REPLACED 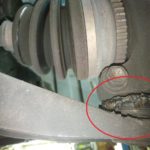 It has been nearly six years since I first saw Nissan Pino, which I received for 24 months of inspection and continuous inspection examination (vehicle inspection).The mileage between them is about 93,000 kilometers.It is the inspection and maintenance of the milestone of 10 years of car age. Nissan Pino MY2009 DBA-HC24S K6A 5MT mileage 118,000km. The engine oil change of … END_OF_DOCUMENT_TOKEN_TO_BE_REPLACED