You are here: Home / Japanese Cars / Toyota / Cause and repair of Power sliding door does not open (Toyota Raum CBA-NCZ20)

Owner opens and closes the power door many times a day.This time, I kept it in the trouble of the power sliding door on the left side of the vehicle.

It is a trouble that it stops as if it is caught in something when it tries to open it from a closed state. But, I can open and close the sliding door manually or by pulling the door knob for a relatively long time without any problem .

The locking mechanism on the sliding door side and the striker on the body side where it meshes seem not to be able to separate well.

Customer: "It seems to be a standard trouble of the same mechanism of Toyota, but it seems to be able to replace a large ALPHARD etc. relatively easily when the inner lining is removed, RAUM seems to be a little different, and can you leave it?」

And, since the cause was identified, first check the current situation. 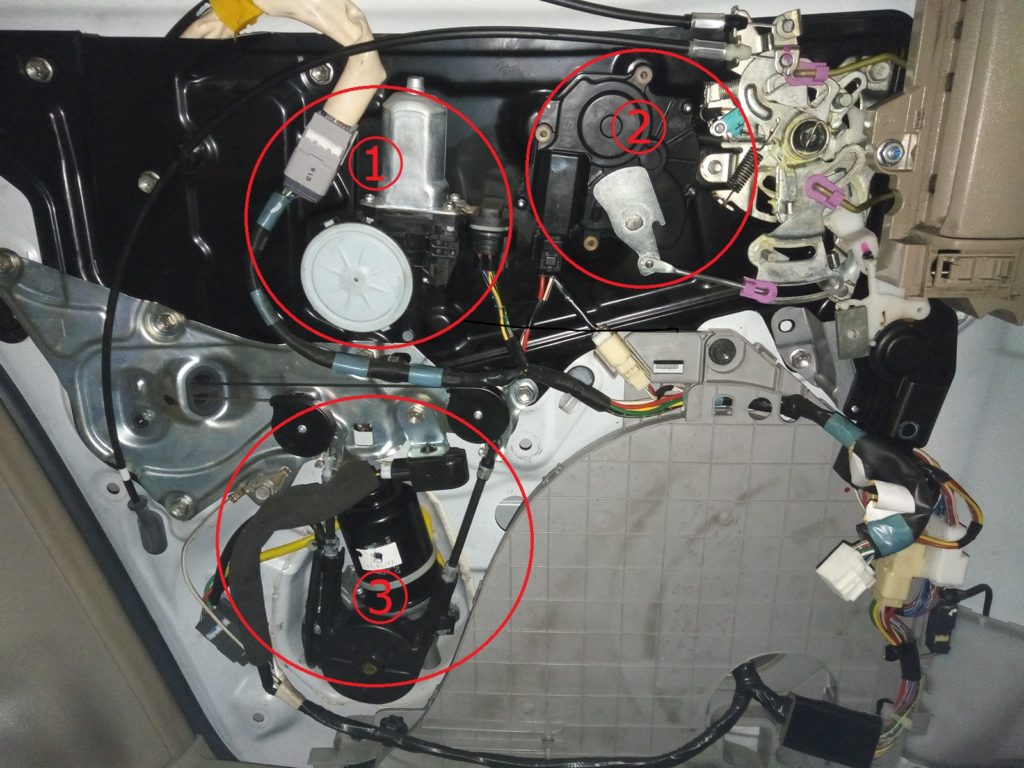 When the inner lining of the sliding door is removed, it seems complicated at first glance, but it is divided into three major power mechanisms.

(1) is a regulator motor that raises and lowers wind glass, (2) is the desired door lock release motor, and (3) is a power sliding door motor. 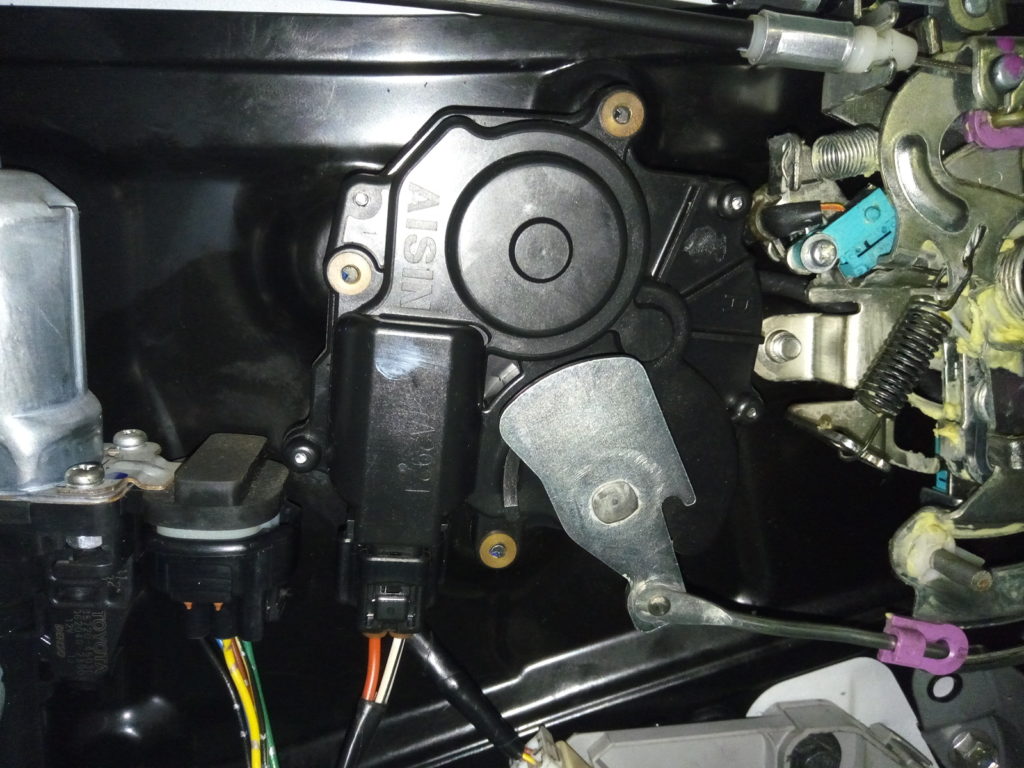 The fan-shaped metal plate at the bottom of the two door lock release motors is normal to pull the operating rod in a clockwise rotation direction, at a rotation angle of 90 degrees or a little larger.I operate it for the confirmation of the current situation, but there was no sign of movement at all.Because it is energized at the time of operation, it seems to be correct by the defect of the motor.

It is a quick-sighted location, but the power window regulator must be removed for bolting from the inside of the door.

And since the power window regulator is the first part to be assembled inside the door, you have to leave almost all the parts after all.

The resin part of the child lock lever center of this place had a hard time unexpectedly in the process of decomposition.In the maintenance guidelines, it is an instruction to remove it with a clip remover, but it does not come off even if the force is put so that the door panel deforms.I worked carefully while changing the direction of the force subtly. 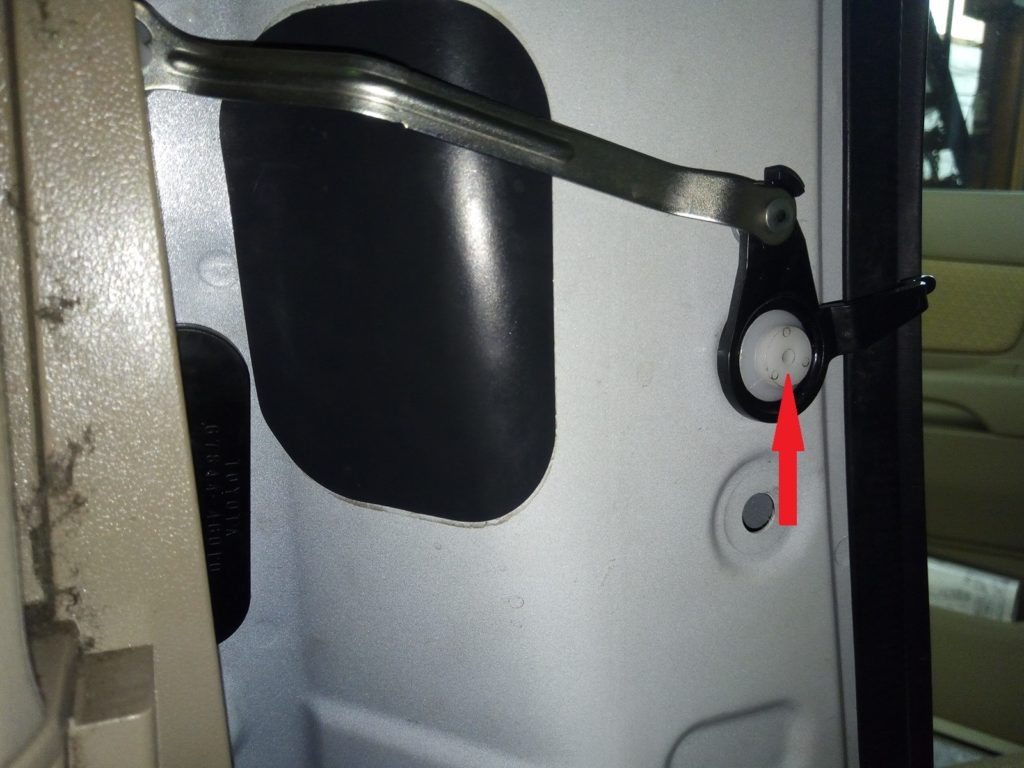 In addition, the clamp portion of the power sliding door cable near the front end of the slide rail is also not well understood structure, it is work while checking with a mirror or a photograph. 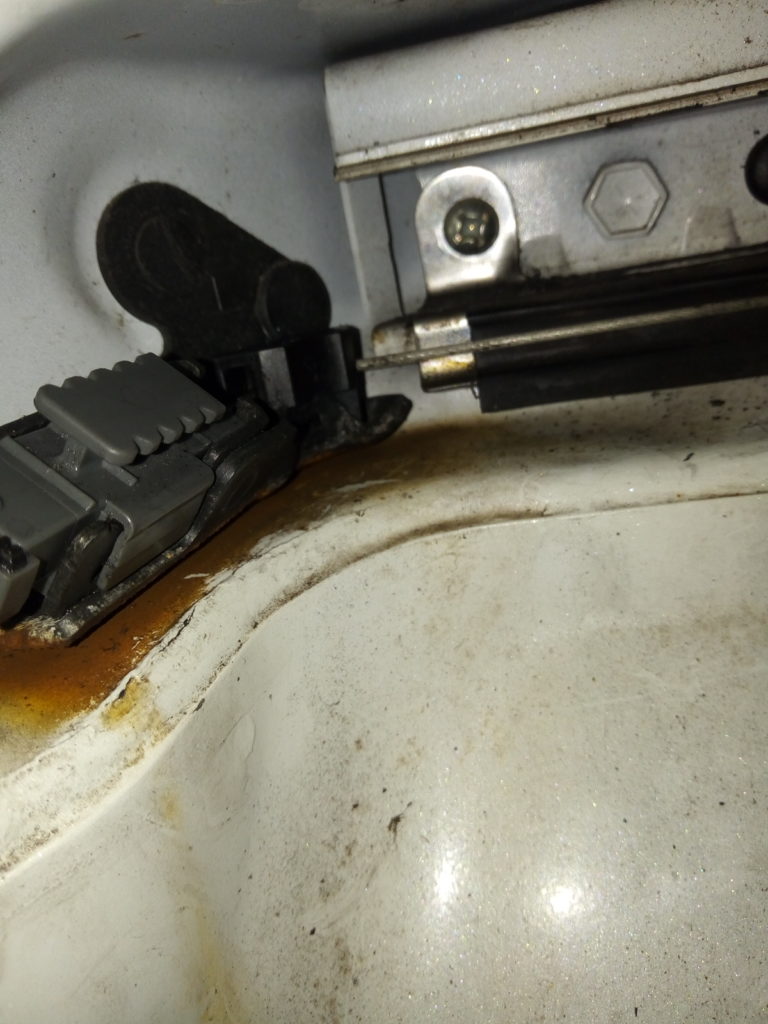 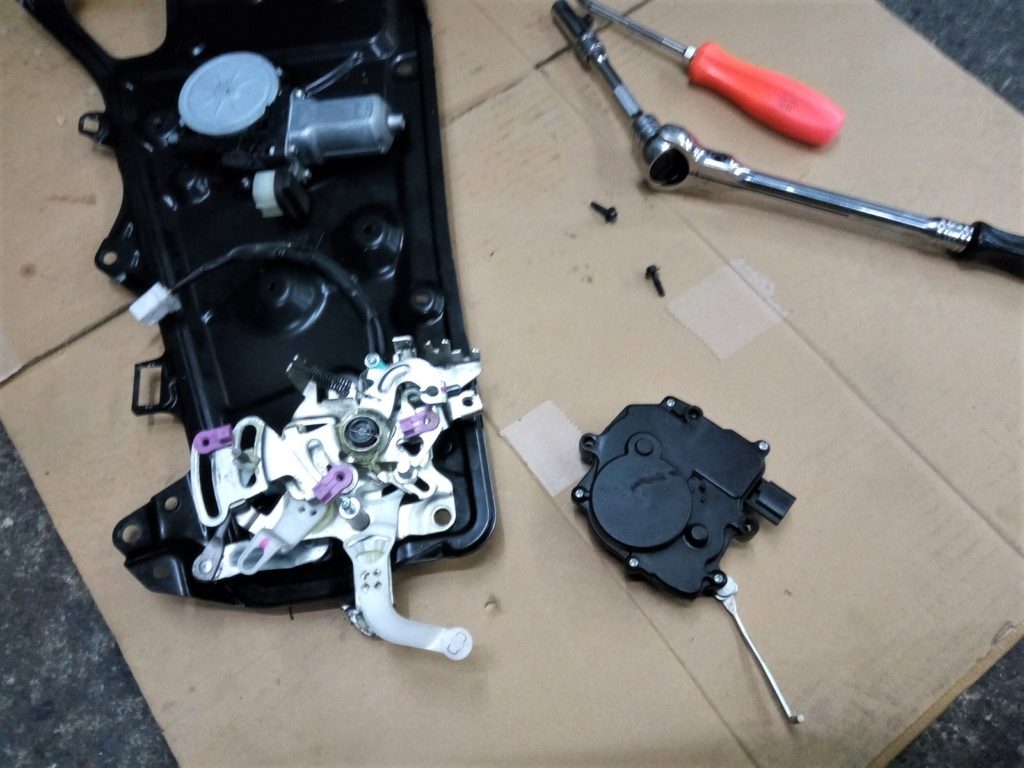 It was easy to replace the motor alone from the motor ASSY decomposition. 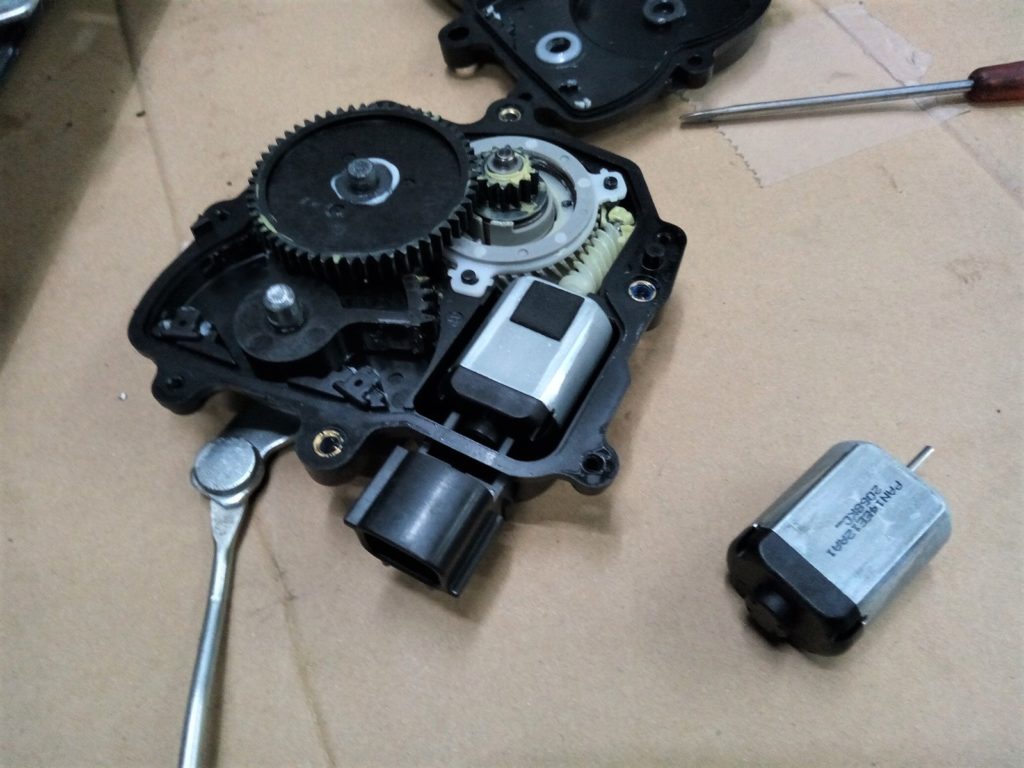 Usually, we only supply parts with expensive motors ASSY, so I would like to thank you for providing valuable information.

In the future, I will use it to repair the same symptoms.