Alfa Romeo 156, which was a big hit in Japan, was officially imported to Japan lower than the ride height of the Italian original specification.

The reason why the authorized importer gave a very mediocre sedan sensitive handling was because they wanted to give a sporty image to a exiotic italian car.

The low-down suspension that can't afford the bump side (shrink side) will easily bottom out with a slightly stronger input.Especially, the outer ring in the middle of the curve is almost shrunk, so when it passes through the convex part of the road surface, the suspension does not move through the bottom, and it loses control and it is very scary.

Therefore, it is a specification that can not be said to be a real "sport" that can run only at a speed that does not become so.

About five years ago, the customer who know the real sports driving feel uncomfortable in the suspension of his 156, and I think that the original "medium" is a combination of a coil spring of the Italian original specification that I procured specially and the world's leading shock absorber KYB. I have provided the undercarriage of the sedan.

This time, it is the replacement of the front lower arm where the pain occurred.When I step on the brake, the sharper the front wheel retracts by a few centimeters, and the response near the center of the steering wheel becomes extremely ambiguous in a straight state.

I got a reasonable aftermarket TRW suspension arm equivalent to the genuine. 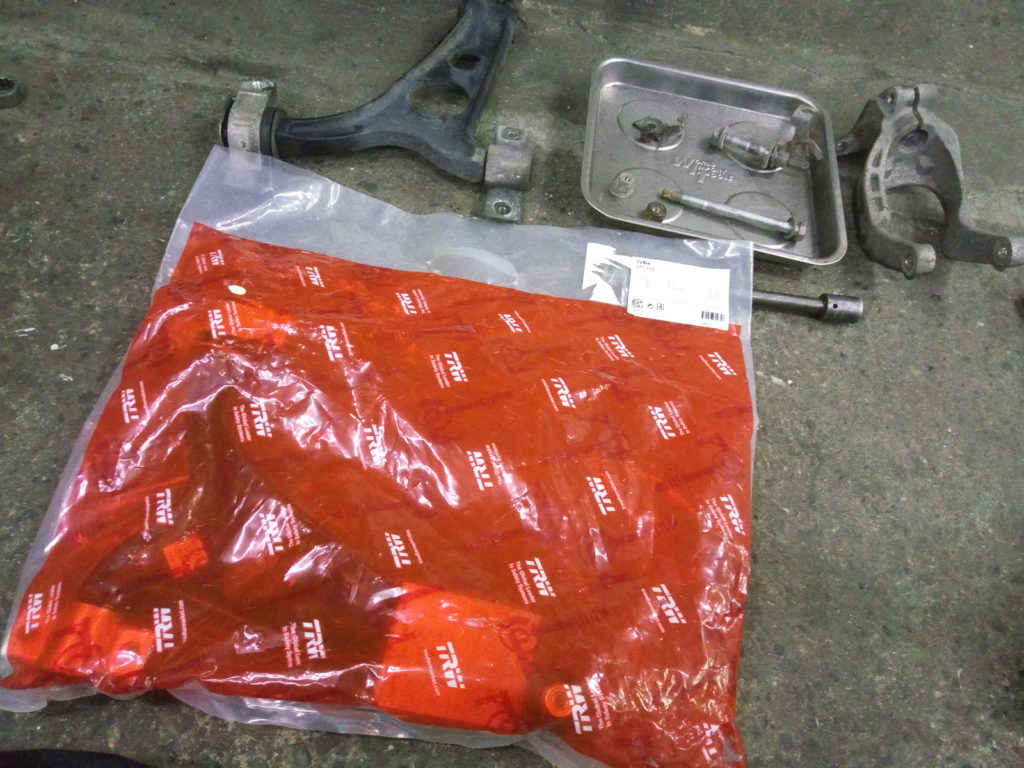 The suspention arm was damaged to the state where the rubber bush on rear-side detached from the central axis and swam easily. 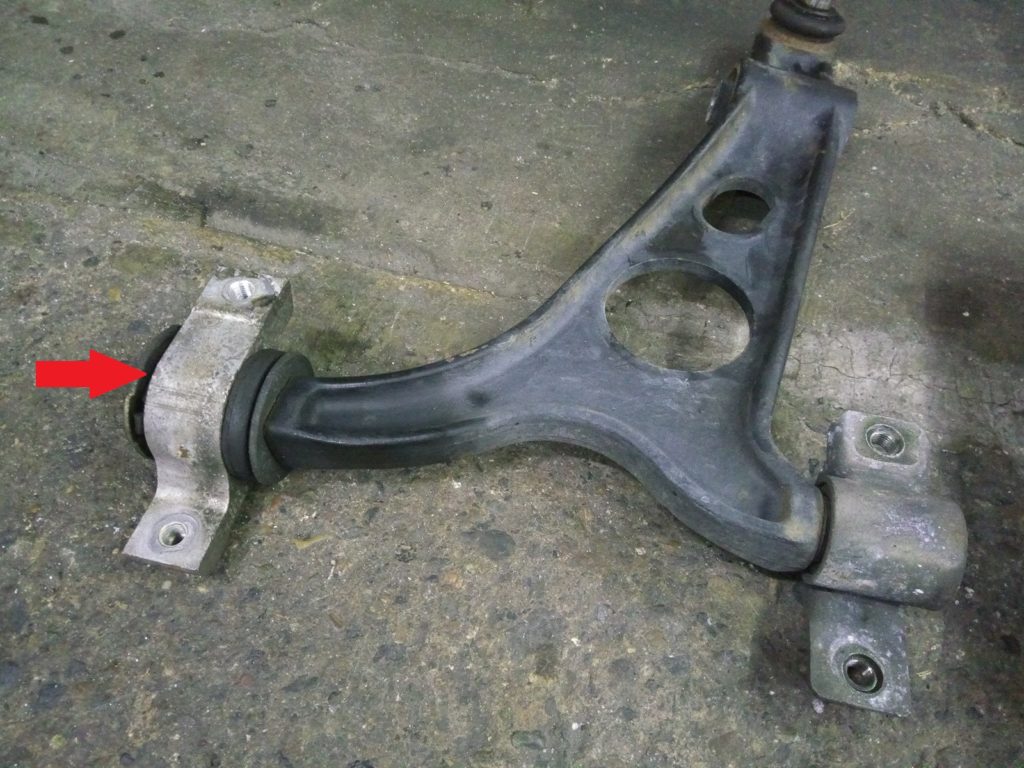 The front suspention is a double wishbone configuration that is complicated and has no space, but I can replace the lower suspention arm like as disentangling puzzle. 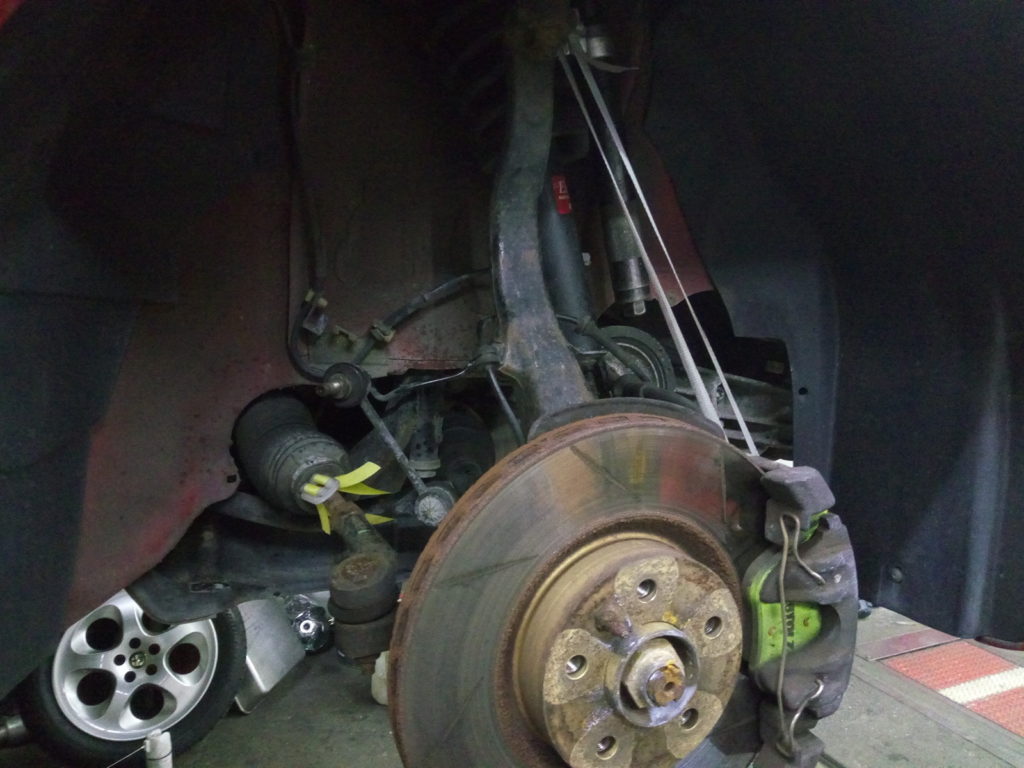 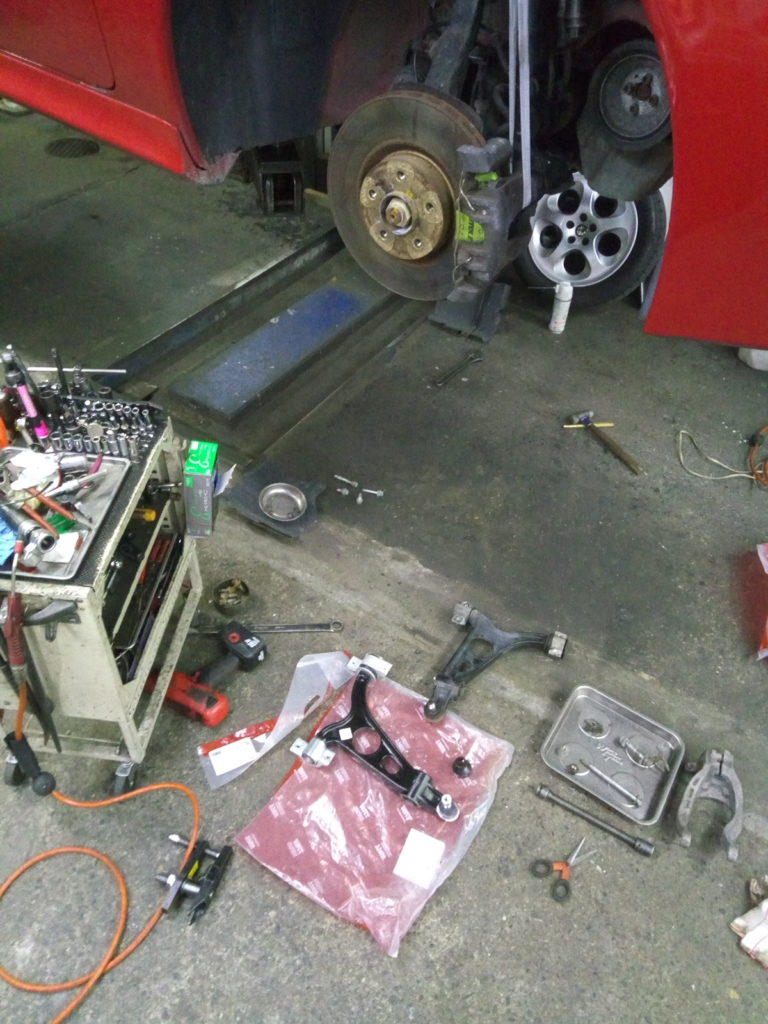 And, I think that it is understood that it is firmly level when i assemble a new lower arm, fine-tune each part, and see the installation of the arm in the ground state from the front of the vehicle. 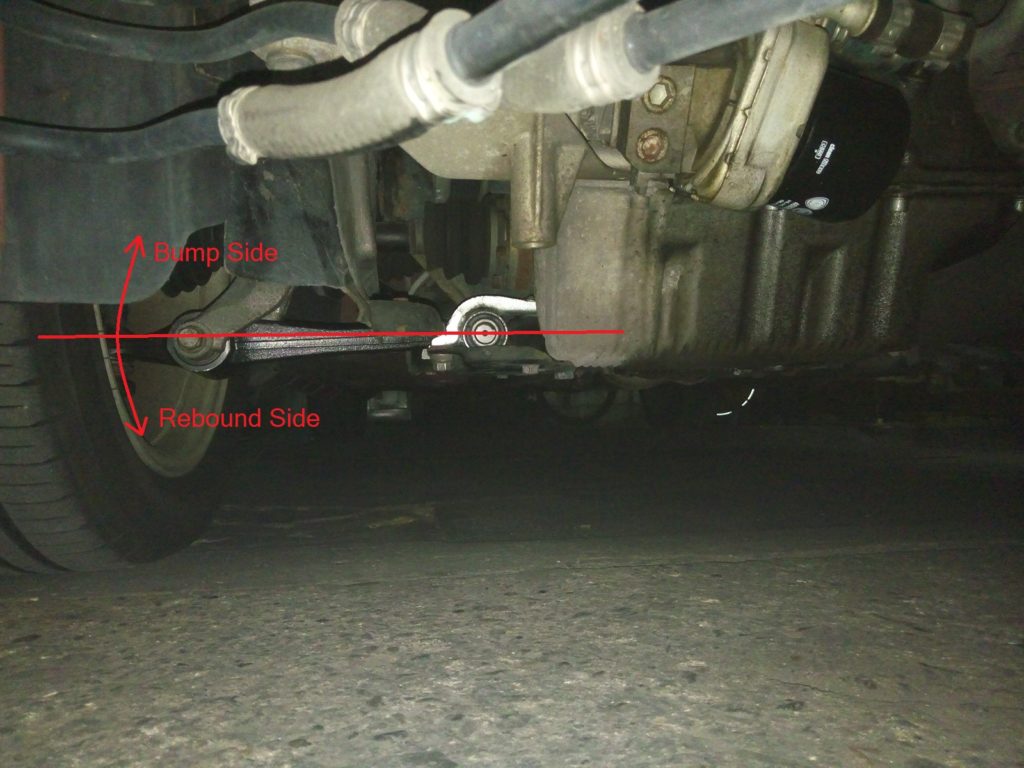 Since the bush on the vehicle side of the lower arm is a fixed structure, the arm becomes horizontal in this way, and the bump side and the rebound side work evenly.

The low-down specification is clearly more stressful than the standard vehicle ride-height, since the bush is twisted on the bump side in the ground state.I don't think that the imbalance of the rubber bushing is doing a good effect on suspension operation and the lifetime.

Since this 156 seems to have been replaced once the lower arm in other places, the detachment of this lower arm bush, the accumulation of stress before 100,000 kilometers running to the suspension of the italian specification, it may have appeared a symptom now.

The normal and comfortable handling that seems to be the Alfa 156 has been revived.Enjoy a fun drive.