With the radiator cap removed, the engine stopped in a hurry as it boiled and coolant sprang out vigorously while working to remove the coolant air and check the cooling fan operation.

The engine is started by connecting the diagnostic machine again, and after a while the instruction value of the water temperature sensor rises to 104 degrees, and it is a sign that it re-boils. 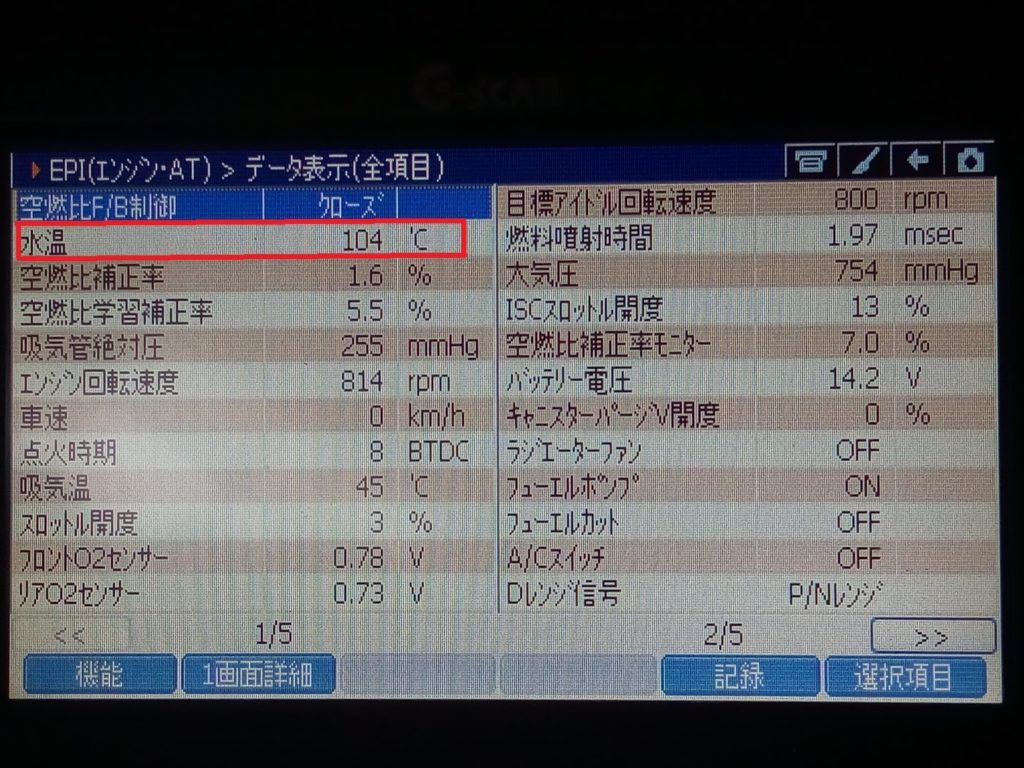 The instruction value of 104 degrees in a state that is not pressurized by the radiator cap is doubtful, but if you refer to the service manual, the opening temperature of the thermostat is "97 degrees "! The cooling fan starts operating at 106 degrees and stops at 101 degrees.

I have been doing inspection work of the same type car until now, but today, by chance, it seems that a severe boiling occurred because I was working at the closest approach of the low pressure. 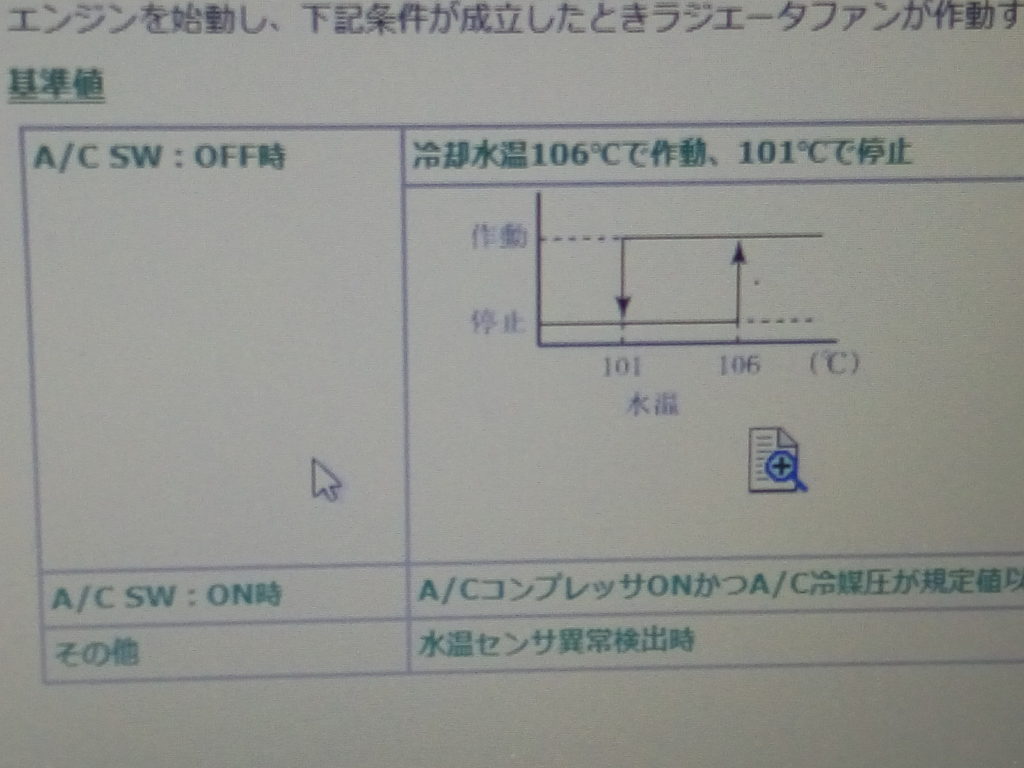 In addition, only the HA24S and HA24V use thermostats of 97 degrees in K6A-engine mounted vehicles of the same age.

Was it also the intention of driving the engine at high temperature to improve fuel efficiency?As with many imported vehicles, the stress of the cooling system is large, so it is necessary to pay special attention to the inspection of the year-to-year car only in this alto.

Now, the horizontal K6A of this age is known for difficulty in replacing the water pump regardless of NA or turbo.

The other day's turbo-spec car, Alto-rapin, fortunately was able to replace the water pump without removing the turbocharger by loosening the intake pipe and changing the angle a little (the maintenance guidelines instruct ed. to remove the turbocharger). 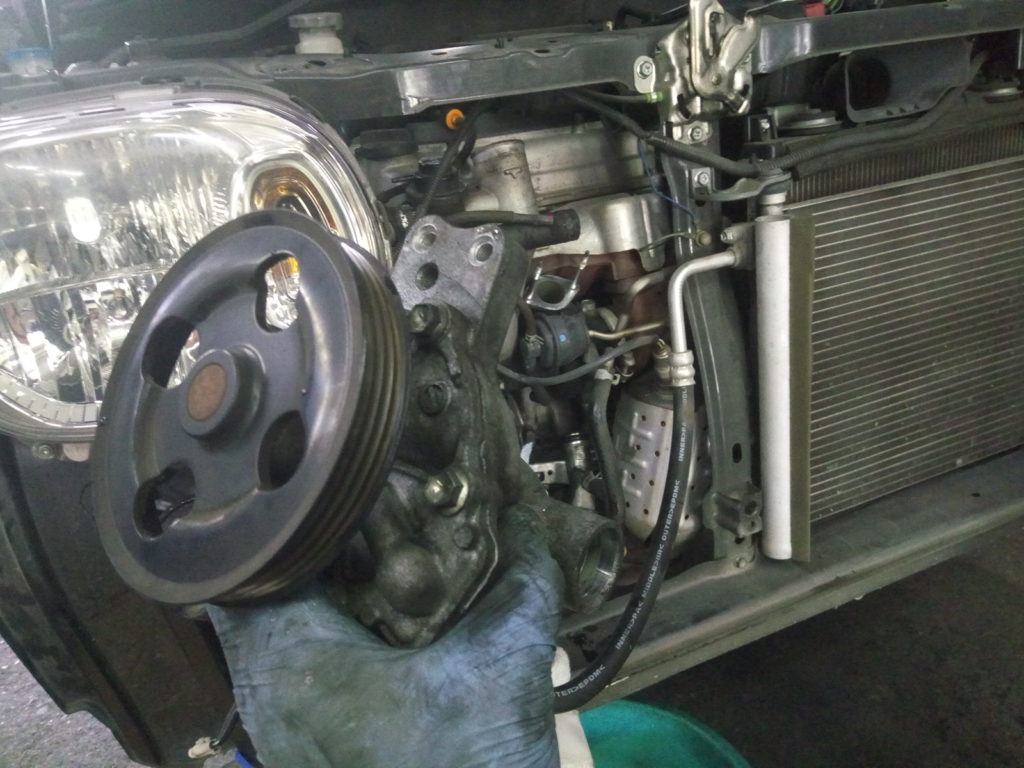 The water pump that was replaced at the turning point of the 100,000 kilometer run had a slight coolant leak just from the central axis. 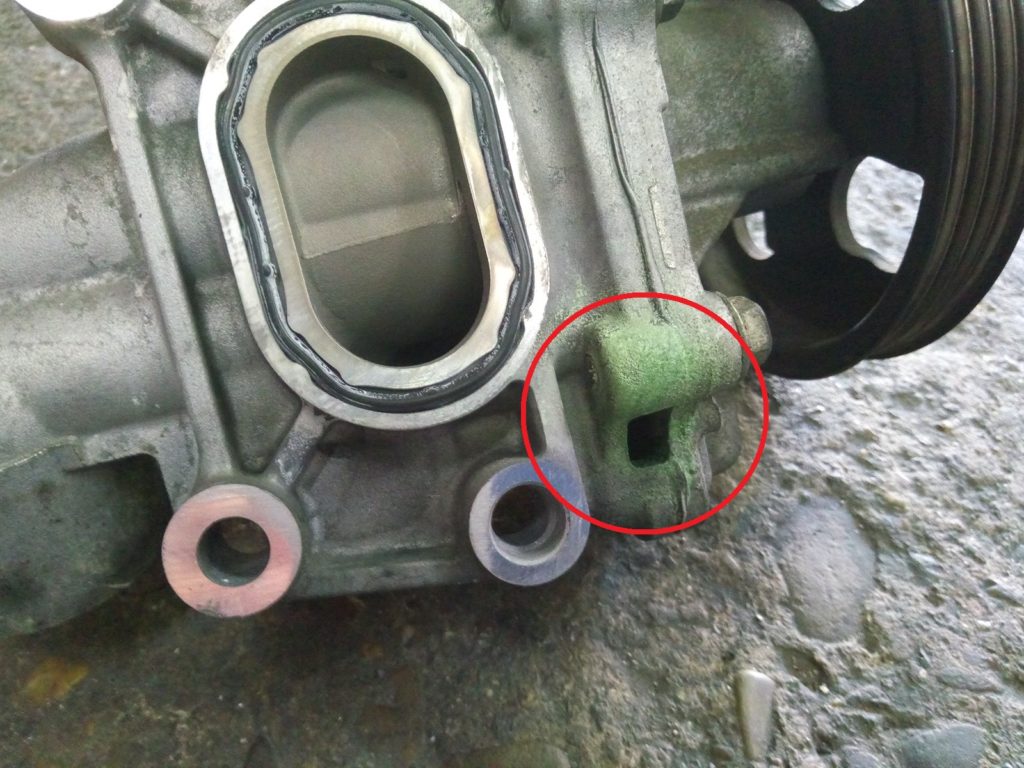 The thermostat of this lapin is safe.It is a specification of 88 degrees.

This is an aftermarket product of 97 degrees.