While driving, it gradually fell into the engine malfunction, and it finally stalled.I took Daihatsu Move, which was no longer restartable.

The starter motor turns vigorously, but the fuel pump does not sound working.The fuel hose also seemed to be weak in elasticity and not to be sent fuel.In addition, the diagnostics of the engine computer has not detected anything.

I felt that the fuel pump stopped a little early in the mileage, but it is not uncommon for a fuel pump to stop due to brush wear for less than 100,000 kilometers in a vehicle that continues to contain fuel that is not of good quality.

I removed the fuel pump and inspected it separately, but the pump motor which I thought that it did not move at all rotates while being weak (comparison between the used good pump and the working sound).

Another doubt was that the fuel pump malfunction was likely to appear when the engine started, and it rarely stopped while driving. 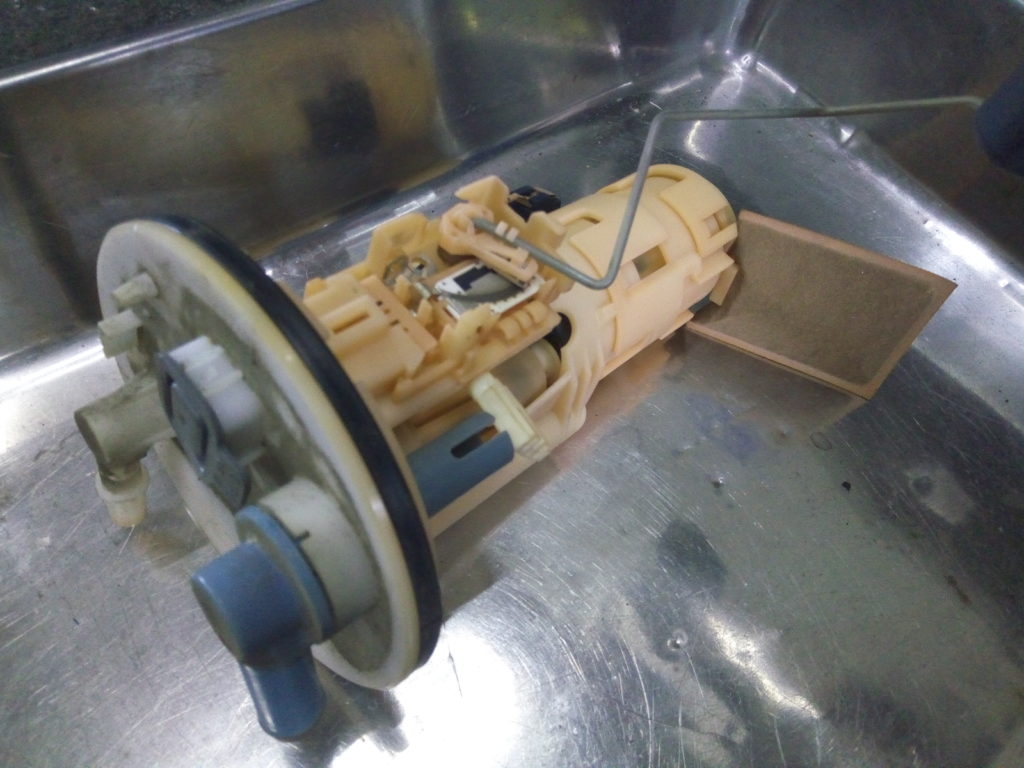 Due to the dirt of the strainer and the unreliability of the operation, I replaced it with a new one that the life of the pump would be fast anyway, but when the vehicle was installed, there was no sign that the fuel pump would operate.

I relied too much on the diagnostic, and i neglected the basic power inspection first.

I check the circuit diagram again. 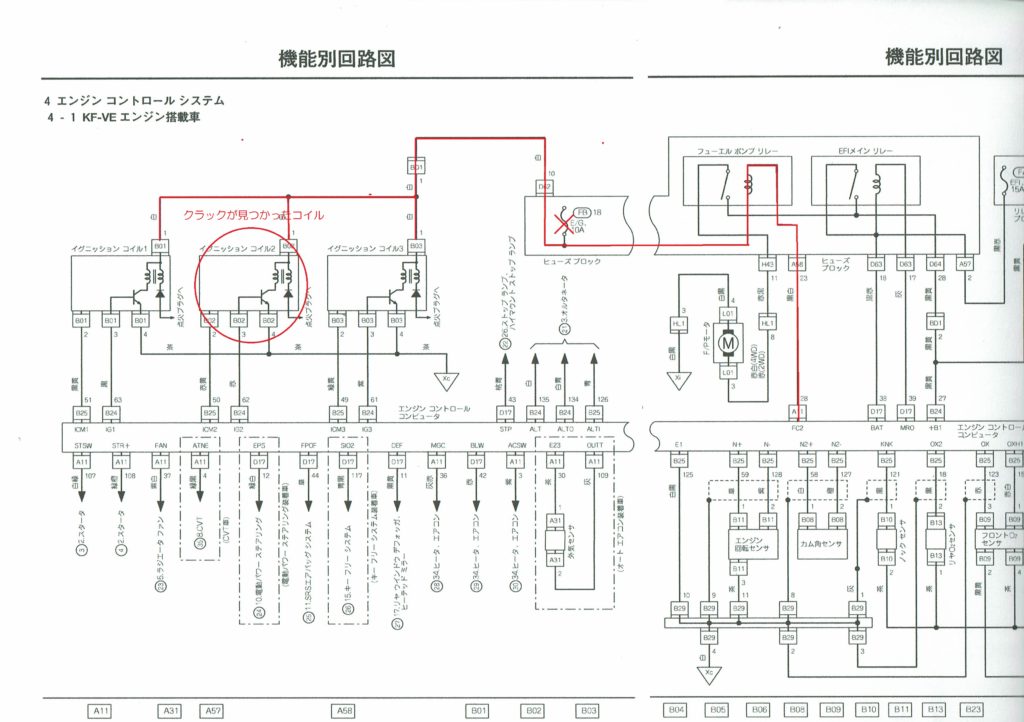 The coil power fuse of the fuel pump relay is shared with three ignition coils.

Is it to avoid getting the cylinder wet with fuel when it falls into a bad ignition?I think it was easier to programmatically stop the injector from working, but for some reason. 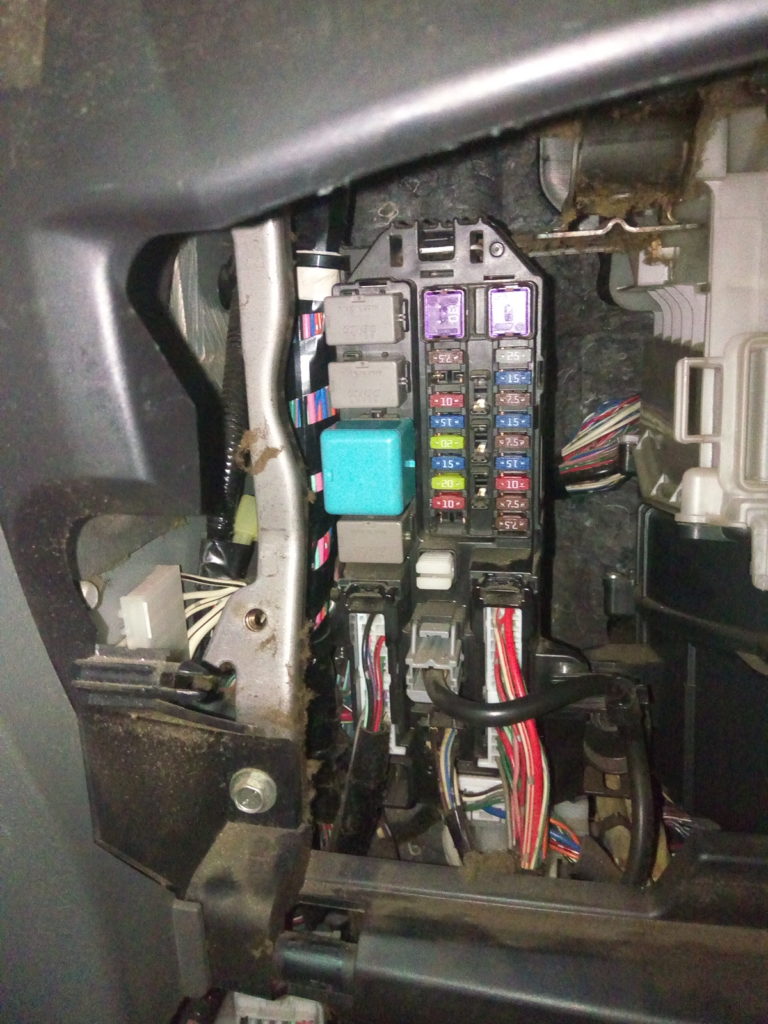 The fuse with E/G is in the room and the fusing is confirmed.This is a reason why the fuel pump doesn't work.And the cause is likely to be in the ignition coil. 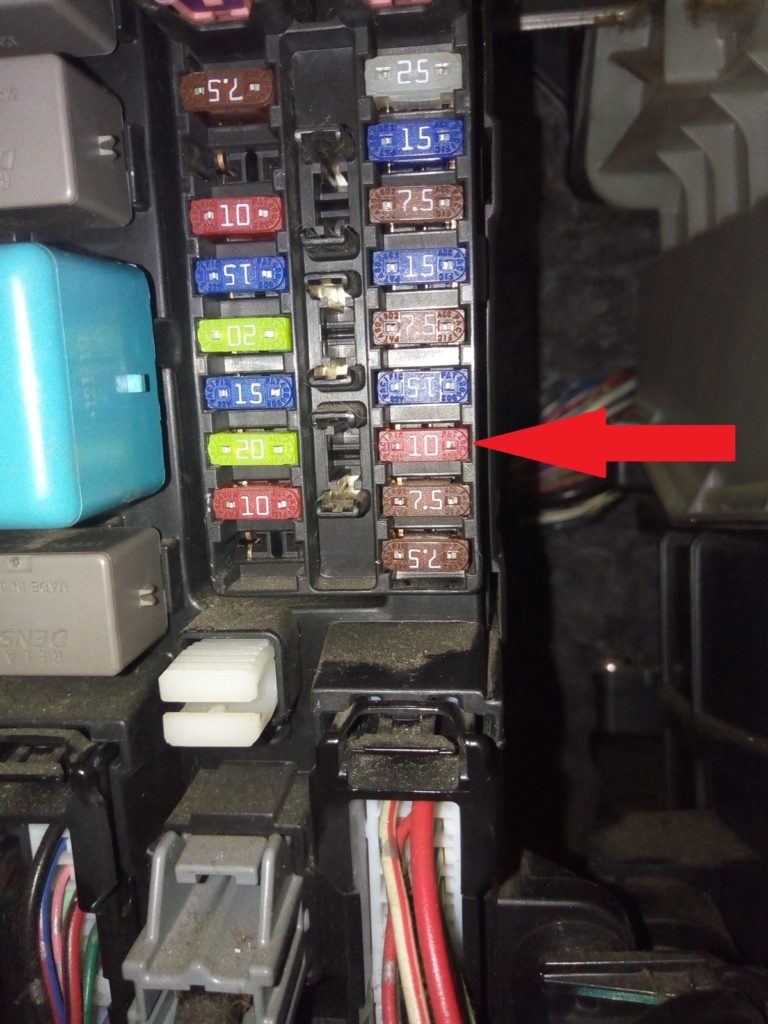 When I checked, there was a big crack in the coil of the second cylinder. 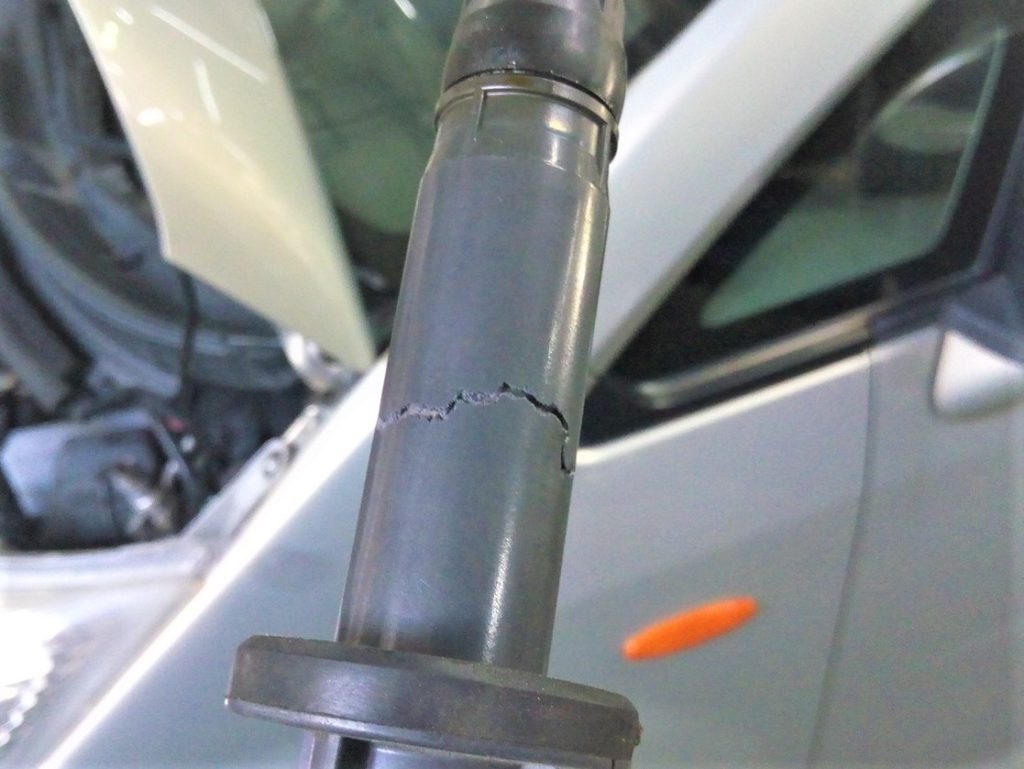 It is a limited lineage of control signals that detects coil malfunctions in diagnostics.It was a case of failure that I was keenly aware of the importance of basic inspection.

The coil that I ordered seems to be equipped with a metal sleeve and measures have been taken.