You are here: Home / General Maintenance / How to use Maruyama molybdenum – Car Consultation Counter Part.3 –

I have recieved a question about additives that I have recently introduced, so I would like to express my opinion.

Nice to meet you.My name is S in Osaka.
I have a question.
I looked at the website and asked you to tell me some of the details of Maruyama molybdenum.

With the addition of Maruyama molybdenum, some questions come up and it would be very helpful if you could ask this point.
the bulleted list below.

According to official website, they discribe as "5% addition".I think this will be 200cc for 4 liters of oil, but is it appropriate to reduce the oil by 200cc?

It seems that organo molybdenum is originally added to the genuine oil of the car designation (uRL as follows) But there seems to be a lot of these things in the recent ECO oil, When adding Maruyama molybdenum, do you think it is better to have oil that does not contain another molybdenum as much as possible?

That's it.
Because it is a detailed point, "Don't worry" and "Please ask the manufacturer" is the content until then, but I hope to hear the opinion of the person who deals with it in detail on the user side as much as possible.We would be happy if you could answer.

Thank you very much.

First of all, the first question, about the total amount of oil when added to the engine oil

The amount added is specified by the manufacturer by volume ratio (vol%).The basic is the addition of 5 vol%.

For engines with an engine oil capacity of 4 liters (4000 ml), the amount of engine oil and additives must be mixed to 4 liters.If the Maruyama molybdenum base power addition is a ml and the engine oil amount is b ml, the following simultaneous equations hold.

The calculation course is omitted, but the solution is 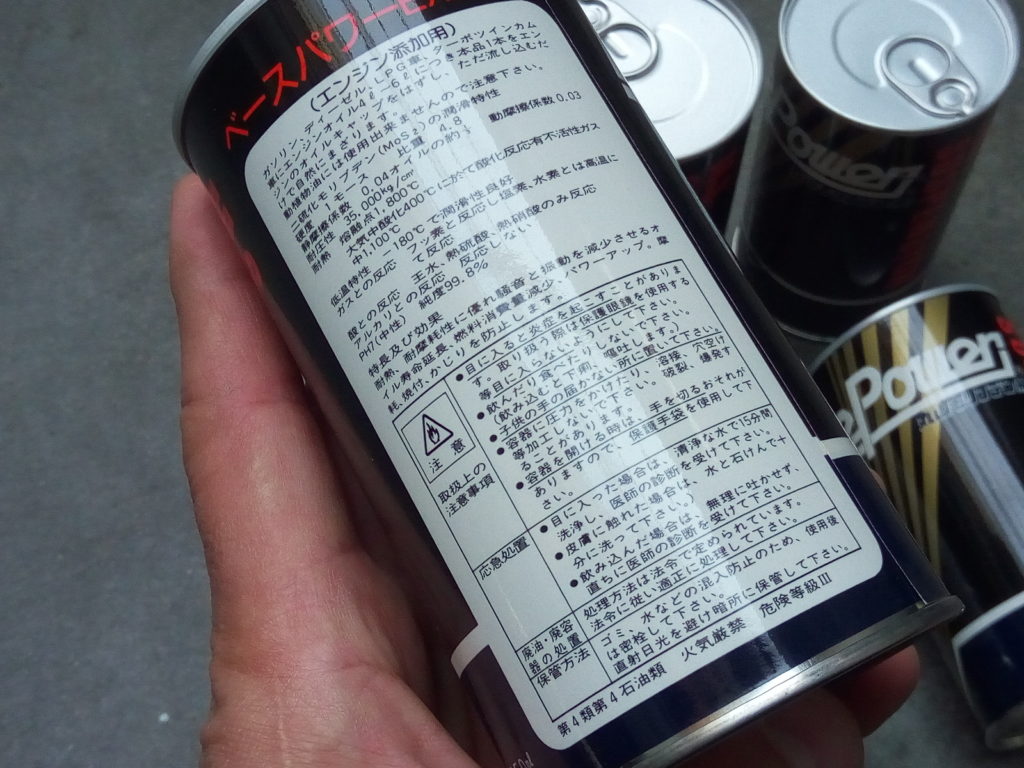 Next, the mixing of Maruyama molybdenum base power into engine oil containing organic molybdenum

In the description of the supplier, there seems to be no restriction on the oil type and the engine in particular.Maruyama Molybdenum's base power EX250C for engine oil does not contain additives that change the viscosity of the mixed engine oil to extremes. We believe that the addition of hybrid and fuel-efficient vehicles to engine oil specified by manufacturers is not a problem.

As you know, most fuel-saving engine oils are mixed with the general name MoDTC (molybdenum dithiocarbamate) as an additive, called organic molybdenum.

The reason why organic molybdenum is blended into low viscosity oil such as fuel-saving engine oil is that the oil film becomes thinner, the metals rub into each other, to form a molybdenum disulfide coating just before it is about to burn, It is said to protect the friction surface.Because of its properties, it is also called a friction modifier or a friction modifier (FM).

It can be said that it is an additive that is prescribed so as not to cause problems inside the fuel-saving engine which is exposed to severe conditions in exchange for improved fuel efficiency.

If such fuel-saving engine oil is injected with ultrafine Maruyama molybdenum with excellent introduction to small gaps, friction adjustment with more room than organic molybdenum acting in emergency manner can be expected.

Maruyama Molybdenum Base Power EX250C does not contain highly reactive phosphorus or sulfur-based additives or compounds, so it will not change the nature of engine oil to extremes.

We look forward to hearing your questions and consultations.We will answer simple questions that you can't hear anywhere for free.

How to achieve 200,000 kilometers of driving in good condition – Rare additive to extend the life of your car (Kansai area only)

We are looking forward to hearing from you in the comments section for your thoughts on maruyama molybdenum base power.